Pronouncement from the Producer
Did we achieve any of our stated goals?
What went right?
Financials
2016 Goals
Voicings from Vince

Pronouncement from the Producer 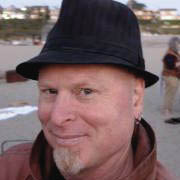 UnSCruz 2015 was our second year at the Santa Cruz County Fairgrounds in Watsonville, CA. We expanded the event from a 2-day to a 3-day campout.

For me, UnSCruz 2015 production was much easier than in 2014, primarily due to all the experience we gained in 2014 at the new venue. Having the event in the same location was a huge planning advantage. As in all previous years, we have again exceeded expectations, 2015 was far better than last year. Following UnSCruz, I heard people remarking how amazing it was for them (with only minor complaints). It was by most accounts a great success. This is very important to keep in mind.
I say this because, for me as the Producer, it was simultaneously the hardest year ever. This was due to numerous unexpected problems, as well as in-fighting over policies/personalities/procedures. Perhaps these are all normal growing pains. In any case, Producing became an unpleasant burden, and I didn’t have much fun this year (although I did have fun on Sunday, when I gave my niece and her friends a tour of the entire event). Moreover, I had greater expectations in terms of attendance and revenue from ticket sales. The relatively low numbers were disappointing, and also paradoxical, since we still did better this year than ever before. It’s all about expectations. I’m certain we’ll do better next year.

Did we achieve any of our stated goals?

Many items need to be reassessed by a committee to determine the best way to spend money. In 2015 our greatest expenses were: insurance, hospitality services for volunteers, security, Silent Disco, the Red Cross first aid tent, Amphitheater & Fine Art building sound equipment, the fire permit, and advertising

Here are a few thoughts we had about improving UnSCruz. These are just our thoughts and not directed at anyone or their department. Everyone did a great job.

I hope this is constructive and doesn’t come across harsh towards anyone or their department. These are just thoughts from observing how things worked from our vantage point. It was a great weekend and everyone we talked to absolutely loved it. I think we have the makings of one of the best regional events.